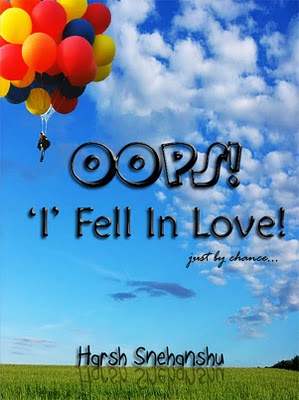 A debut novel of Harsh Snehanshu that got published due to its immense popularity on his blog and became a National Bestseller. 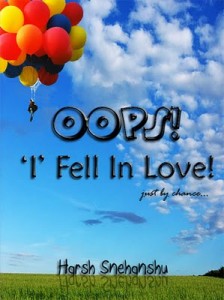 It’s the first part of Tanya Kanav trilogy. Great work by Harsh Snehanshu, a different and fresh story of teenage love of Kanav (a chubby guy) and Tanya(a ravishing girl) who meets at the birthday party of a common friend, their story continues from there on, with ups and downs. The other characters of the novel are nicely handled by Harsh, full justice to all the characters involved in the novel.
Some instances by the young iitian are really commendable, proposing his girlfriend while playing scrabble, gifting an ambigram to his girlfriend with Kanav and Tanya drawn on a handkerchief that reads the same if its moved by 180 degrees, etc A story that will make you smile at times and cry at times. A story capable of bounding you to it, you won’t leave the novel once you start reading it. An innovative but unrealistic climax, I guess the OOPS part of the title is apt for the climax, so rather unfolding it now find it out yourself.
A simple but still a fascinating tale. Overall a nice piece to read, a romantic comedy..
Read and enjoy the efforts of the young iitian.

You can buy OOPS I fell in Love at low price from Flipkart.com.