Customize your Smartphone-Hardware by your Choice

It’s been few months since Motorola announced its modular Smartphone idea called Project Ara. Since then, Google has sold the phone maker to Lenovo and it’s been unclear what would happen with the project but now new details are emerging.
For the first time after announcing Project Ara, Google showed how to build-it-yourself modular phone called the Project Ara Smartphone, actually works. The demo was given by Google’s Paul Eremenko, head of project Ara at Google, on Day 3 of Launch festival 2014 in San Francisco. 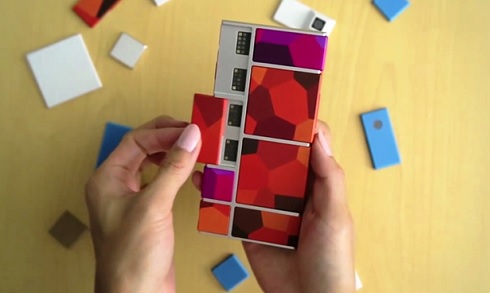 The central idea of Project Ara is to help Smartphone’s users take handset configuration beyond ringtones, wallpaper, and body colors to the devices form and function. The initiative would be a free, open hardware platform for creating highly modular smart phones. It aims to produce a phone that gives a user full power of hardware customization. With a project Ara phone, a user will be able to select customized components of smart phones and clip them onto a base called endoskeleton. Want more RAM? Just unplug the old RAM and insert the larger one that you want.

An endoskeleton, or structural frame, would hold the Smartphone modules of owner’s choice such as display, keyboard, or extra battery and users would be able to swap out malfunctioning modules or upgrade as innovations emerge.
There will be three sizes of endoskeleton: mini, medium and jumbo. They will have an aluminum frame, networking circuitry and back-up battery. Each endoskeleton will have several module connectors. Google aims to keep the price of the endoskeleton, under 15$. Post launch, it will be up to the third party manufacturers to decide the price of each component in case Google is not able to provide the components through store. For e.g. the medium connector will have room for 10 connectors. 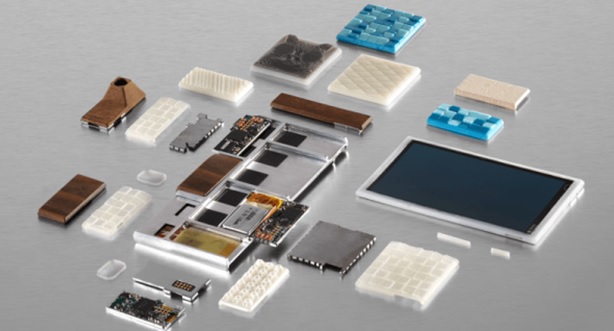 For the project Ara initiative, Google has partnered with NK labs to do the electrical, mechanical and software engineering and 3D systems to make a high speed 3D printer to mass produce the Ara endoskeleton.
Google plans to launch the modular Smartphone next year. Details of phone was unveiled at first Ara Developers’ conference on April 15.