With the increasing population,it‘s essential to find out the cheaper and renewable source of energy.India has large plans,whether politically invoked or not;we might be one of the few nations with large chunk of renewable electricity sources.
About five years ago large parts of Thar desert in Rajasthan and surrounding areas were sanctioned for subsided privavtely run solar farms.The sources declare that the work is still underway.

Meanwhile,a new project in the Kerala is said to lead the Solar energy revolution in India,thanks to abundance of sun and large water bodies.A new 50MW plant built on 1.27 million sq. meter floating platform is declared to be already in works.The plant has been approved by the NHPC and will get commissioned this October.This project will provide electricity to about 18,000 homes. 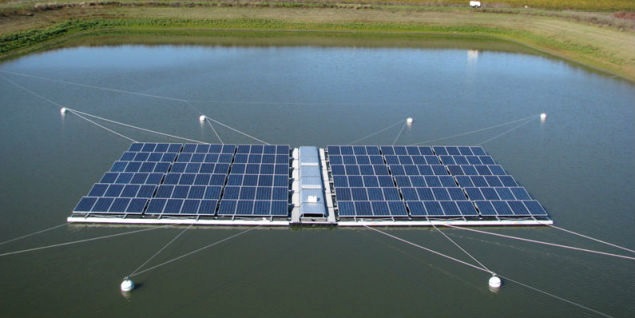 “Each station would require around 3,000 sq feet of space to generate 20KW of power.There are many water bodies that could be used for this” says SP Gon Choudhary,Chairman of Renewable Energy College.

The total project is estimated to cost around 350-400 crores,the Renewable Energy College will assist in sourcing material till commissioning of the plant.The first phase of this project has been fully funded by ministry of new and renewable energy and is expected to generate about 12KW of power by the end of this October.

“The ecology of the water body is not likely to be affected much,and it will also reduce evaporation,thus helping preserve water levels during extreme summer.Solar panels installed on land,face reduction of yield as the ground heats up.When such panels are installed on a floating platform,the heating problem is solved to a great extent” says SP Gon Choudhary,Chairman of Renewable Energy College.

The major reason Why the systems are installed on floating platform.Moreover the yield on these platforms increases by almost 20%.So with these projects underway we can expect to have cheaper source of electicity that too very soon.