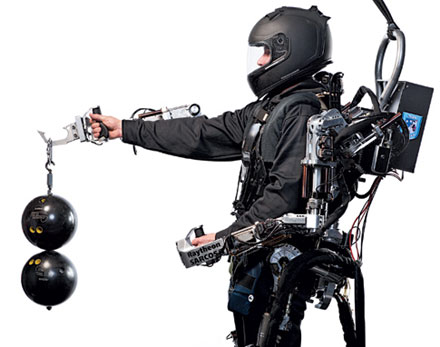 By using exoskeleton suit, the power used to lift the 2.5 kg weight is equivalent to the power used to lift up the 100 kg of material. This concept is proposed by Prof. Stephen Jacobsen. It is the great combination of human being and robot so called as humanoid. Mostly hydraulic systems controlled by an on –board computer is used. They would be powered by an internal combustion engine, batteries or potentially fuel cells. Electrochemical fuel cells such as solid oxide fuel cells (SOFC) are also being considered as a power source. 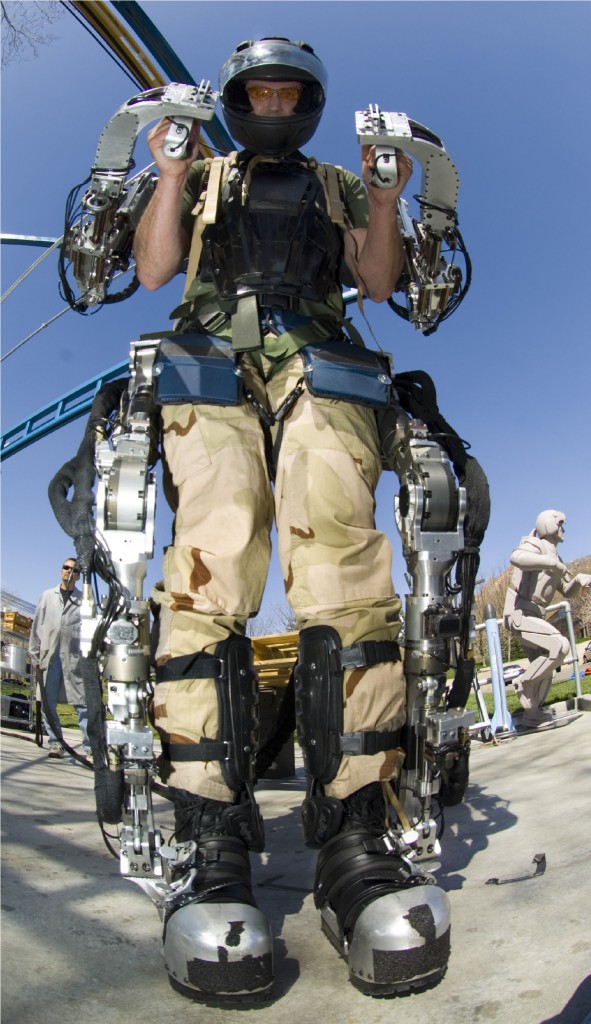 Exoskeletons enable soldiers to carry heavy objects while running or climbing with armour and weapons. This is also used in the rehabilitation of stroke or spinal cord injury patients. Such exoskeletons are also called as step rehabilitation robots.
It is a mechatronics system which is designed with the shape and function of the human body. This technology is now being employed in telemanipulation, neurometer control research and to assist with impaired human controlled motor. They can easily be refuelled in the field with liquid fuels such as methanol.

Pneumatics is generally too unpredictable for precise movement whereas in case of compress gas, the reactive forces pushing against the actuators.

There were a number of challenges before them during the designing of exoskeleton.

Some of these were:
• Power supply.
• Flexibility problems of joints.
• Power control and modulation.
• Defection and prevention of unsafe and invalid motions.

To watch Exoskeleton video online at You Tube Click Here.